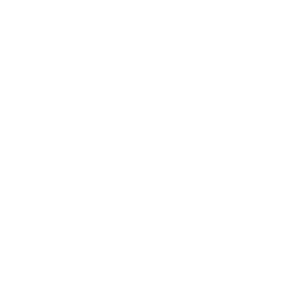 A little bit about where we come from.

Life Church was formerly named Waverly Open Bible and began with about twenty families in attendance at the first service on February 9, 1986. They met in a rented building at Park Village southwest of Waverly under the leadership of Pastor Mike Reeves. On May 25, 1986, District Superintendent Ivan Rogers and his wife came to present the church with its official Open Bible charter. In September 1986, Pastor Mike left to fulfill other obligations.

In September 1986 Pastor Jack Nation and his wife Dorothy were called to continue the church ministry. The church outgrew its facility, and purchased R-J’s Lounge in February 1988. The building was remodeled, and the first service was conducted on July 10, 1988. Two years later, the church again expanded and chose to add to the present sanctuary. It was finished and dedicated in October 1990. Pastor Jack retired in May 1997 after almost eleven years of service.

In July 1997, Pastor Jim Brewer, his wife Sharon, and their two children came to Waverly to continue the church ministry. The church added a multipurpose room and an additional wing with classrooms, nurseries, and offices as attendance continued to increase. In August 2005, Pastor Jim Brewer and his family moved to Des Moines, IA.

In November 2005, Pastor Marvin Talamantez, his wife, Chris, and their five children came to Waverly from Grass Valley, CA, to continue the church ministry. In 2011, the church celebrated its 25th anniversary by looking back at how far God has brought our body of believers. We are thankful for the Talamantez family and the fruit of their ministry.

In November 2013, Pastor Matt, his wife, Nicole, and their children came on staff from Stephens City, VA, as the associate pastors. On May 18, 2014, they were voted in as the lead pastors. Their three-fold mission for ministry is: Encouraging the Lost, Equipping the Church, Empowering the Believers. It is at the heart of all they do in and through the community.

Waverly Open Bible changed their name to Life Church on April 1, 2018. God is leading us to a new mission in our church and community. We continue to grow and be a healthy multi-generational church, working together to see the Kingdom of God advanced.

Service: Sunday mornings at 10 am